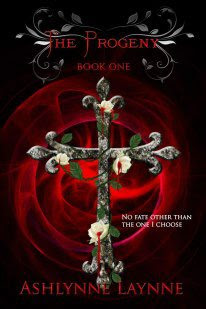 
“No fate other than the one I choose.”


The timeless creed, and tattoo, bore by the Rousseaus— a vampire clan with the purest bloodline of any vampire family. Out of this clandestine group came one who was different, yet the same: Ascher-a half-bloodling— half- human, half vampire.

Ascher questions the purpose for his existence and which world he truly belongs to: the human world or the vampire world. Two months from sealing to Ursula— a prearranged union to a woman he abhors — he’s at his wit’s end. He knows if he calls off the sealing, the Romanian clan will strike with deadly force, but he cannot see eternity with a cold empty shell of a woman like Ursula.

Just when he thought life was complicated enough, he meets Shauna— a beautiful, bi-racial human Wiccan — and immediately develops an unshakable attraction to her. She makes him feel alive and vital despite his origins and Ascher makes a decision that turns his immortal world upside down.

Clutching her head with both hands, Shauna screamed, “No!” The windows cracked as she ran towards the door, fresh tears flooding her face.

“No!” The ceiling rumbled, water raining down from the sprinklers. Shauna pointed towards the door. “Move!” At her command, it flew open, nearly ripping off its hinges.

Ascher appeared in front of her.

She scowled. “Go away!” An unseen force removed him from her path. Turning, she backed away from both of them, her eyes fixated on the two. Her finger twirled and pointed at each of them. “Stay!”

“I hope you’re happy now!” Ascher seethed at Ursula then sprinted after Shauna, catching her before she hit the stairs. He clutched her to him. “Shauna. Baby, please. Just let me explain.”

A strange burn started in her legs. What’s happening to me? She’d had rage issues all her life, never anything like this. Her clear eyesight blurred gray. The hall she’d seen for three months and knew like the back of her hand, became an unfamiliar maze veiled by her fuzzy vision.

Taking a stumbling step, she regained her balance against the wall. “I told you how important honesty was to me, and you’ve kept this from me the whole time. You told me she was nobody—that it was only physical curiosity. It doesn’t look that way to me. She talks like she owns you. You said that was over. How were you going to cover up getting married to someone else?”

Shauna shook her head. “I’ve listened enough, and I can’t trust you. Without trust, we have nothing. All you’ve done is feed me lies. You’re a liar! I despise liars! I can’t believe I was going to sleep with you, allow you to be my first.” She gripped her stomach and doubled over as the nausea crept from her depths. “I’m going to be sick.”

He reached for her again.

“Don’t touch me!” Every ounce of restraint left her body, and chaos flooded her brain. She wanted to lash out. No, she needed to lash out.

“Shauna, just let me take you home. I promise I’ll explain things to you.”

“What part of I don’t want to hear your lies don’t you understand?” Pushing her hands away from her body, toward him, she barked, “Back!” He flew back and against the wall. “I don’t want to hear anymore lies!” She sobbed into her hands. “I hate you. I wish I’d never met you!”

“There’s nothing left to say, Ascher. Just leave me alone. I never want to see you again.”

“Oh, yes I do. I mean it and I quit! I can’t work here anymore.” She ran out the emergency exit, setting off the door alarm, sprinting into the night.

a Rafflecopter giveaway
Posted by Unknown at 12:00