I hope you all had a wonderful Christmas and that your 2014 got off to a good start. I'm now back from my short 'Allie' blogging break but hope you kept in touch via my Aurelia blog.

Continuing with my regular #20Twenty guest slot - twenty questions on the twentieth of each month - I am delighted to welcome Jane O’Reilly, author of The Holiday Survival Guide, onto my blog today to kick off 2014 in style. 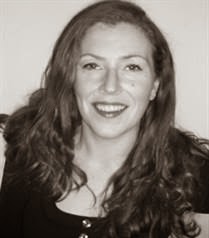 Jane O’Reilly started writing as an antidote to kids' TV when her youngest child was a baby. Her first novel was set in her old school and involved a ghost and lots of death. It’s unpublished, which is probably for the best. Then she discovered contemporary romance, and that, as they say, was that. She lives near London with her husband and two children.

I had played around with the idea as a teenager, but then I’d played around with a lot of ideas at that age. It was then forgotten for quite a long time, as I did all the usual things – went to university, did some jobs I was totally unsuited to, got married, had children. When my youngest was 10 months old, I got up one day and decided that I was going to write a book. I’d given up work when I had my first baby, and my life had been a constant cycle of no sleep and CBeebies, and I needed something that would challenge me, intellectually, and that wouldn’t cost any money or need childcare. I had read somewhere that Janet Evanovich had written her first book when she’d been at home with toddlers, and that was what really sparked the idea in my head. I wrote a terrible ghost story set in my old school and randomly decided to make it 75 thousand words long, just to see if I had the stamina to finish a manuscript. I did. It was awful. I wrote another, and then another. Once I’d started, I didn’t want to stop.

My children are both in full time school now, so I write in school hours. I write 3 thousand words a day, 5 days a week. I try not to write at the weekend. During school holidays, I write 1 thousand words a day and try to write every day. My ritual is really simple – do the school run, sit down, turn on laptop, write.

3) Is there a book or an author that has influenced you in your writing? Or perhaps one piece of advice that has stuck with you that you’d like to share?

I’d say that Vogler’s book The Writer’s Journey has definitely influenced me. I’m fascinated by story structure and how a story is so much more than a series of consecutive events. It is a bit of a tome, I admit, but well worth reading.

4) Can you tell us three things about yourself that we probably don’t already know?

I’ve got 4 tattoos, I’m an obsessive knitter, and I went to school with Anita Rani from the One Show.

5) What five luxury items or gadgets would you hate to be without?

Can I count my husband as a luxury item? I’m really bad with gadgets, because I am too impatient to learn how to use anything properly. I would say a Radley bag, my knit pro knitting needles, Courvoisier and my collection of Karen Millen dresses, of which I have far too many (plus the husband, as mentioned above).

6) With Christmas already behind us, we turn our attention ahead to the year ahead. Did you join in with the madness of choosing New Year’s resolutions for 2014?

I actually didn’t this year. Usually I make a resolution to try and keep my house tidy, then I realise that I have no idea how to do that, so it pretty much crashes and burns by mid January. 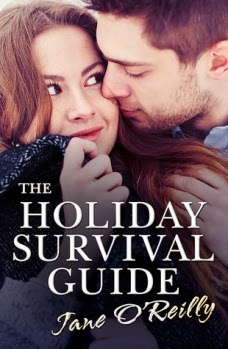 Witty, clever, and sharp. It's going to be the holiday from hell...and that's just how Erica wants it.

When tabloid journalist Erica Parker is forced to take a holiday, she's determined to make it the most miserable holiday she possibly can, but not even her impressive imaginative powers could have come up with sharing a tent with survival expert Nathan Wilde.

Nathan was a married man with a successful TV show before Erica got to work on his life. Now the hottest man she’s ever met is single, furious, and he’s got her alone in the wilderness for three long days…

7) Congratulations on your recent release of The Holiday Survival Guide; what was your inspiration for writing Erica and Nathan’s story?

I had wanted to write a story with a Bear Gryll’s type hero for quite some time – the sort of man who is completely at home in surroundings that would turn the rest of us into nervous wrecks, who is physically fit, intelligent, and prone to stripping off at every give opportunity. I’m rambling. I’ll stop now.


As the story is fairly short – just under 30K – it flowed pretty well. I had a clear idea of my heroine, and where she wanted to end up.

I wrote the story in January 2013, in response to a submission call that Carina Press were running. They were looking for Winter Holiday stories. The turnaround was pretty tight, as I recall, so it was probably about 3 weeks work in total. I sent it to Angela James, who replied to let me know that she really liked it, but it didn’t fit the anthology theme (as ‘winter holiday’ doesn’t quite have the same meaning in the U.S. that it does here in the UK). She was keen to work on it but suggested that as I was already published by another Harlequin imprint, Escape, that I might want to sell it to them, so I did.

My favourite line is the whole book?

11) Over to you; what can you tell us about The Holiday Survival Guide, to make us rush out and buy it?

It is a fun, quirky contemporary romance novella built around one of my favourite tropes – enemies to lovers. Plus they get naked in the snow. What more could you want?

I was a panster until I learned how to plot. Now I’m a plotter with a capital P.

That’s a tricky one. Print is safer for bathtime reading, but digital means you can’t cheat and read the end first. Plus it makes it easy to ignore how big your TBR pile is. So I’d say digital.

Introvert. Why anyone would want to talk to other people is beyond me *hides in cave*

Christmas. My son is a Christmas baby, and you can’t get much better than that.

Morning. There is coffee and toast in the morning.

I don’t understand the second option.


Thank you so much for taking part, Jane, I wish you every success with your new release.

To discover even more about Jane O’Reilly, and to keep up with her latest projects and shenanigans, you can visit her at: