In this Valentine's special double feature, I am also delighted to welcome Michaela Rhua onto my blog today, author of Guardian Awakening, recently released by Breathless Press.

So, let’s going with another round of twenty questions as we try to get to know Michaela – or should that be Micky? – that little bit better… 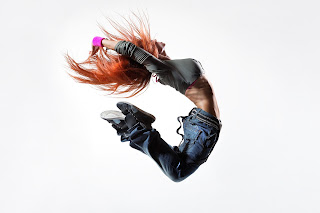 Michaela Rhua always dreamed of writing but this never happened until she met the lovely group of ladies known as UCW. Their passion for writing and encouragement inspired her to see if she could do it too. Now she loves writing!

She has teenage children and a husband, who also keep her busy. However, it is whilst travelling into work that she has time to create her characters and imagine other places in which they exist as her world skims by the window. Conversations overheard often lead to the birth of new ideas that she scribbles down in her trusty notebook.

Michaela is a multi-published author with Breathless Press, Evernight Publishing and a self-published anthology with authors from The Nuthouse Scribblers.

No, I have a day job but I have always scribbled. It never really struck me as something to do for real. Until I met a group called UCW who write as The Nuthouse Scribblers. I am fortunate to be part of that great group of women who inspire me daily and kick my ass when I need it.

Absolutely not. I write when I can. When the household is settled, homework done and hubby sorted.

I have always read anything and everything. So growing up it was all the classics that I loved, but recently I have to say it is a collection of people. JR Ward and Gena Showalter create believable worlds. Doris O'Connor gets into the emotions, Raven McAllan weaves magic with her words, especially her Regency, Kiru Taye brings of African culture alive and Cherie Nicholls brings in humour and attitude galore!

Sorry I know you said 1 but I am a little greedy!

4) I first came across your name via The Nuthouse Scribblers, so what is it like to be one of ‘The Nutters’ (LOL)?

As the motto says 'you don't have to be mad…' but it certainly helps. It is a vibrant place, ideas flow as does praise and encouragement. The tissues are on hand, as is the whip, to get you going! All in all it is a fabulous group of women!

Can I take a pass?


Essen is out for revenge, and exotic dancer Romy is his target. After the struggle for control of the Gateway between the human world and the supernatural world brings tragedy, this Guardian Demon will stop at nothing to get what he wants: retribution! From the moment they first meet, sparks fly between them, and they cannot deny the connection they have, even if she seems to be hiding her true identity. But how is this possible when they are from two different worlds? Can their love overcome the tormented history that divides them? When Romy is kidnapped, Essen must face his true feelings before it's too late.


7) Congratulations on your recent release of Guardian Awakening – which I believe is your debut stand-alone novella – can you tell us what your inspiration was for writing Essen and Romy’s story?

Thank you Allie, I am delighted with this book, especially as I managed to get a star on All Romance Ebooks! I have no idea what inspired the story. I just opened a blank document and started typing. I knew I wanted it to be paranormal, which is a genre that I love. But other than that I had no real plan or plot, so a real pantser one!

This story flowed from the very beginning. I was in the mood to write so opened a blank document and just started. Out it flowed. But it did need 'rediting' – that is red penning by The Nutters!

Not sure really. It did take a while to shape it. I do like to sit on a story and make changes later. That way I can see issues clearer. The journey to a YES was not straight. In fact, I got a R & R (Revise and Resubmit) from Breathless Press. The feedback was great so that it what I did! I made the suggested changes and sent it back. The answer was a YES!

Here's the tagline: When a runaway meets a Guardian out for revenge, two worlds collide. Can love conquer all, or is their relationship doomed before it even started?

11) Over to you, what can you tell us about Guardian Awakening, to make us rush out and buy it?

It is the story of two people on opposite sides. One is after the other but when they meet, sparks fly and revenge isn't as easy as it seemed. Then slowly the truth comes out and forces them to face their pasts.

That's all I am going to say, otherwise I might give too much away!

I have drafted the second book in The Guardians series, which is called Guardian Possession. It is sitting and waiting for me to get back to it Then I will need to think about the last book in the series. I know who it will be about but other than that nothing!

I have a book called Truth or Dare coming out with Evernight Publishing soon and I am in the edits stage of Logan's Captive, which is in book 3 of The Blood Moon Chronicles, also through Breathless Press. Book 1 and 2 are out already.

The rest are all ideas and scribbles!

Plantser! A mixture of both. At times I am a Pantser like Guardian Awakening, at others I am a Plotter; a new story in my scribble book.

Both. Depends on the situation.

Save, so I can run off to my desert island!

Thank you so much for taking part, Michaela etc….

Thank you for having me today. I loved being here and the questions were fun!

You can keep up with Michaela by visiting her at:

She slowly walked across to the sound system and chose a track to dance to. Sometimes customers liked to choose their own music, but he had not done so. She selected R. Kelly's "Ignition." The beat kicked in, and Romy dropped her hip to the right, stepped back, and dropped her hip to the left. She swung round with her hands on her breasts, eyes half-closed, and really got into it. The music took over; she gyrated her hips toward him, and she slid her hands up and down her body. She wove her body back around to him and bent forward, giving him a great view of her ass as she brought her hands up to separate her cheeks and quickly let go. Spinning around again, she bounced to the music, knowing her breasts were the star of the show for this bit. She let her hands wander between her legs and into her black panties before moving her hand out and pinging the elastic.

The whole time she maintained as much eye contact as she could. Licking her lips often and moving forward, she put her breasts as close as she could without touching. Turning around she placed her hands on his legs and felt firm thighs. She sat in his lap and ground her ass into his obvious erection. The movements were meant to arouse the customer into paying for more time. Some even climaxed, which was why there were tissues and wipes under the table. This time she found herself lost to the music, and the contact with his jeans-clad cock sent jolts throughout her body. She touched herself in time with the rhythm, getting aroused as the heat between them rose. Romy had never felt so good dancing for anyone before.

This was when some customers lost control and tried to make a grab. So she got up and strutted to the door. She spun on the spot and spread her arms, draping herself across the door, swinging her hips so her ass was rubbing against the wood behind her. The rubbing action caused him to shift his position. She knew he was trying to make his hard cock more comfortable in his jeans. His blues eyes sparkled, and she could see he was clenching his jaw; his hands were fisted at his sides. She danced closer to the door, hips swinging, ass at all angles, and breasts squeezed together. The track went into fade, and Romy gradually stopped, smiling her "were you happy with that" smile, and stood still.

That had been amazing; she had never felt so alive, so eager to show herself to a man before. He stood up slowly. Then he walked over to her, his movements that of a prowling animal. The bulge in his trousers was obvious. Romy took a step back and hit the door, and she gulped. He was huge next to her; in her heels she stood at five feet ten inches, but he was well over six feet with huge shoulders, blond, shoulder-length hair, and a stubbled chin. He reached into his jacket pocket, pulled out a few notes, and hooked them into her red lace bra. That brief touch sent sparks through, her straight to her clit. He was so close; she could feel his warmth and longed to be closer still. He took a deep breath as though he were inhaling her scent, and she groaned inwardly.

His hot breath fanned her neck. She gazed up at him. How did he know my name?