Seeing as it's Valentine's Day, I've organised a double bill of guests and brand new romance titles to help get you in the spirit of things.

First up is Melissa Jolley, author of When Angels Fall, published by Breathless Press and released TOMORROW but you can pre-order today. And if you keep reading, you'll see she's brought a prize with her too!

I’m sure you’re all familiar by now with the format, so let’s get going with another round of twenty questions as we try to get to know Melissa that little bit better… 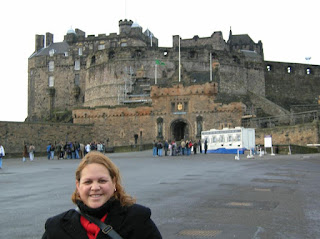 Melissa is a proud Kiwi girl currently residing on the South Coast of England with her young family. She embraces the lighter side of love, sex, and the paranormal and thus aims for that in her writing.


Her passion is writing men who are rough and ready for anything and women who can usually look after themselves, but won't say no to the right man tagging along.

She sets her stories in places she has visited and loved with the type of people she would have a few drinks and a barbecue with--if only they were flesh and blood.

A bit of both I guess. I've always loved writing but never thought I could be a writer. In my mind it was the domain of intellectuals like Tolkien & C.S. Lewis or the rich and famous such as Joan Collins ;). JK Rowling made me realise the error of my ways. Then I met two of my 'Mummy Friends' who both enjoyed writing, and they gave me the courage to give it a go. I knew nothing about the craft of writing, but was fortunate to meet people that could help me. My writing is a constant learning process.

Does finding a time when I don't feel guilty for neglecting my family and the housework a style?! Guess not.


I do have to have humour in my books. I'm a huge fan of Joss Whedon (Buffy, Angel, Firefly) & Richard Curtis (Four Weddings, Love Actually, Vicar of Dibley) their writing is always packed with humour, but they excel at creating a lot of heart in their characters. That's what I aim for though I'm definitely not in their league.

Apart from the two lads above, I'm a huge JK Rowling fan. My friend Serenity Woods has been absolutely vital to my writing and she has been very generous and taught me so much. I particularly love her characters. Her heroines are never neurotic and heroes are to die for. Her secondary characters are always great fun too.

4) As a Kiwi now living in England, have you noticed a discernible difference between NZ/UK writing styles?

I'm not as widely read in Kiwi fiction as I'd like to be, but I don't think so especially not in romantic fiction—Love is love no matter what country you're in. My biggest problem is figuring out whether I'm speaking Kiwi, Brit or American!

I met my Kiwi husband in the middle of nowhere (aka Forest Green), Surrey, UK. It turned out my mum & his parents lived 2 minutes away from each other back in NZ.

I'm half Maori and half pakeha (which means white. My Mum's parents were English).

I hate reality TV with a passion!

Hmm. My phone (I use it to read as well), my laptop, my DVD collection, my bed—I do most of my writing there (research too ;)) oh and my new noise cancelling headphones!

When Melody meets Alec, sparks fly—literally. Now he must protect her, but can he protect his heart in process?

Alec Connolly has led a mostly peaceful life since he fell from heaven a century ago. That is, until Melody Fremont pops up on his radar.

Melody has twice as much life force as a normal human, which is like catnip for demons. Now Alec must find a way to protect the spirited bartender, while keeping the vows he made to a woman long dead.

As Alec and Melody draw closer together, will Alec be able to protect her from his past, and himself from falling further than he ever thought he could?

7) Congratulations on your release of When Angels Fall, can you tell us what your inspiration was for writing Melody and Alec’s story?

Edinburgh! I love it there, I'd move there if I could. It's a gorgeous city with fabulous tiny alleyways. In the beginning all I had was a man standing in the shadows watching a girl leave work late at night. I wasn't sure whether he was the hero or the villain, but I loved the imagery. Which is funny because I didn't end up using it in the way I originally intended.

This one definitely flowed. I loved writing this story, which is scary because the easier they are to write the more protective I am of sending them out to the big wide world.

Hmm good question. I'm a terrible time keeper so I'm not sure. It was the second story I wrote, but it got a rejection from one pub before Breathless gave it a home. I think maybe three months to write and another four or five before ending up at Breathless Press. I think there was actually a few months in between where I let it stew for a while too.

Okay, here's the first meeting between Alec and Melody.

"Hi, I'm Alec. I'll be your chauffeur this morning." He gave her a small crooked smile while extending his hand in greeting. After living in Edinburgh for five years, she thought she'd become immune to the accent. Something about his voice sent shivers down her spine though, and the tingle continued in places that didn't do much tingling anymore. Alec, must be Scottish for "the god of sex."

11) Over to you, what can you tell us about When Angels Fall, to make us rush out and buy it?

I'm in the middle of the third and final Feral. Hopefully now life is getting back to normal in our house I can get it done sooner rather than later :/. This one is fun because it's all about redeeming my bad girl from Wolf's Heart.


Lol I sure do. I was definitely a Famous Five girl, but when I should have been reading them I was reading Agatha Christie's instead!


Both! I love digital, and wouldn't be published without it, but there are some books I HAVE to have in print. All the Harry Potters for starters.

Hot Chocolate (I'm such a rebel!)


Thank you so much for taking part, Melissa, I wish you every success with your new release. And having first sampled Melissa's writing with Her Mr Perfect Christmas, I shall be adding When Angels Fall to my TBR list.

It's been my absolute pleasure. Thank you so much for having me here.

Melissa loves to hear from readers, you can find her at:

Do you remember that giveaway I promised you? Let me hand you back to Melissa:


Okay for a bit of fun I'd love to know your opinions on what makes a hero SUPER hot! Do you like alphas, nerds, jokesters, fair or dark, big muscles or long and lean? I'm keen to know that one little (or big ;)) thing is that will make you weak at the knees. And one randomly chosen commenter will receive a copy of Her Mr Perfect Christmas.

As she opened the door she received her most pleasant visual experience of the day; a shirtless Alec, also wearing only a towel and holding a large plush robe. It was almost more than she could stand. Conflict raged within her because she was still angry at him for apologizing about the kiss, especially after she had wanted him to so badly. When he had, it was breathtaking, and he had been so strong and in control. The kiss had set such a blaze in the deepest part of her core that she was surprised she didn't self-combust. Despite this, she sensed he was holding something back. There seemed to be urgency in the kiss, as if it would be the first and last one they ever shared. She was determined to make sure it wasn't the last.

Now, he stood before her, his eyes deep pools of lust and longing, and she revelled in his stare. She forgot about the park and her anger at his rejection—he had kissed her, after all. Now she wanted to feel his caress again, know his taste, and get better acquainted with the hard body she couldn't stop admiring.

He raised his gaze back to hers. "Great minds think alike, it seems. I just thought I'd better bring you something to put on before I jumped in the shower."

"I'm sorry, did you want this shower?" Her voice was coy; her thoughts were anything but.

"No, it's fine. I have six to choose from upstairs." Blinking appeared to be low on his list of priorities as he continued to stare.

It's now or never, girl! The deep breath she took fortified her before she spoke in what she hoped was a very nonchalant way. "Oh, all right then." She turned around and dropped the towel at her feet as she sashayed into the extra-large shower cubicle.

She permitted herself a single look over her shoulder, a brief smile playing across her lips at Alec's gaping mouth.

"You should close that, unless you want to trap flies." She stepped under the waterfall shower, letting it envelop her.