I hope you all had a magical Christmas and a very happy new year.

It brings me great pleasure to kick off 2013 with a guest post, with the added bonus of a giveaway, brought to you by Megan D. Martin. And I must say, her debut novella sounds fascinating and is already reaping great reviews.

So without further ado, I shall hand over to Megan...

A common theme within Forbidden Angel is strength. Sarah Brenner, the main character, is a Jewish woman who finds herself, along with her family, placed in a concentration camp at the end of WWII. She has to be strong for her mother and sister as well as for herself. It would be easy for her to just give in and let the bad things that keep coming her way drag her down. (Cause yes, being placed in the camp is only the beginning of the bad fortune that heads her way.) But she doesn’t. There are times in everyone’s life where we feel like we’ve hit rock bottom or that we have gone through so many things that we just can’t go on—that there’s no way to dig ourselves out of the hell we’ve landed in. Sarah finds herself in this place, but she doesn’t give up. A feat that seems impossible.

Sarah is confronted with the ultimate challenge in her life, a situation that most people cannot fathom or understand. She is trapped in a place with knowledge that she probably won’t live to see the outside world again yet she still doesn’t give up. She is woman with true honor who will do anything to save her family. Strength of this nature is not something we see every day. As a writer, Sarah has taught me a lot (yes, I know she is my own character, but it’s amazing how characters teach their writers, lol). That giving up isn’t the option and strength is the best and sometimes only way a woman can prevail when the world has her down.

With that being said I hope you will check out Forbidden Angel and follow Sarah’s journey through the biggest challenge in her life, one where she is forced to make life altering decisions and fight for the ones she loves.


Thank you so much for that great post Megan!

Now let's find out more about the book and the lady herself...


When captured by the Nazi's, Sarah finds herself in a concentration camp that not only brings her closer to death...but closer to love.

Sarah Brenner, a young Jewish woman, is terrified when she finds herself in the heat of a railcar bound for a work camp in Nazi Germany. For years she, along with her mother and sister, had hidden from the SS, but no one could hide forever. Her hatred for those who have enslaved them is ever-growing, especially when they arrive and she encounters the shockingly handsome Nazi doctor who can’t seem to keep his eyes—or hands—off her.

Aurel Rothstein is not your everyday concentration camp physician. The endless prisoners and lack of care he's allowed to give have made him numb to the work he so coveted. It isn’t until he comes face to face with a beautiful prisoner that his heart becomes involved with his job—a forbidden and fatal move to any Nazi.

When a vile soldier takes direct interest in Sarah, she will be forced to make a choice that will change her life forever: ignore the pull toward the handsome doctor or give in to the forbidden passion he awakens with only a look. Either way they both risk everything... 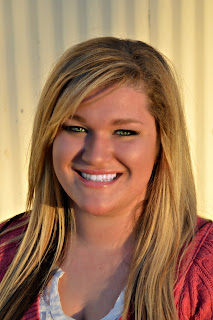 Megan D. Martin was born and raised in a small Texas town, where she still resides with her delightfully rotten son. She is an English Major at Texas Woman's University where she is furthering her passion for reading and writing each day. Megan works for Breathless Press as a content editor.

In her spare time she enjoys decorating her home with strange things that do not match, playing her old school Nintendo Entertainment System, and buying fish for her many fish tanks. Forbidden Angel is her debut novella.

To learn more about Megan and her writing check her out on these social networking sites:

And now for the giveaway...