For this month's 20Twenty spot, I am delighted to welcome Dianna Hardy onto my blog today, author of The Witching Pen series, and the bestselling Eye Of The Storm series.

Thank you, Allie! I'm delighted to be here for the first time ever, and your blog looks swish by the way with that very fun, sexy header – yum! :D 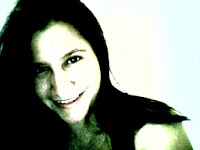 Dianna combines a titillating mix of paranormal romance and urban fantasy into her writing to bring you stories that are action-packed, fast-paced and not short of heat, with the focus on both character development and the plot. She writes both full-length novels and short fiction. All further info can be found at diannahardy.com

At my core, I have always been a writer. From as young as I can remember I was writing stories, writing in my diary, writing poetry and writing songs. Life gets in the way, so it wasn't constant throughout the years, but I have always written.

Er … furiously type out the words and hope for the best!

I love the way J R Ward writes, and also Larissa Ione. I supposed they influenced my desire to write in a more “raw” way (particularly seen in my Eye Of The Storm series), although my writing style is definitely my own.

About fifteen years ago I learnt and assimilated that I, and only I, am responsible for my life. I choose. That changed my way of thinking completely, and opened a valuable door for me that has led me to abundance and a wonderful sense of peace.

I also love almost everything Neil Gaiman says – he makes a lot of sense to me.

Now, that would be telling … you don't know for a reason :)

Hot showers, coffee, my laptop, the internet and I guess that means electricity, too. 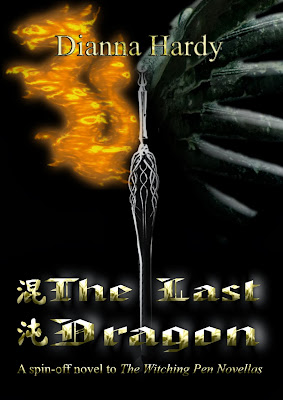 The Earth is in a state of shock after the apocalypse. The veil between dimensions is no more. Demons and fallen angels walk among humans, and everyone is trying to find their place in the new world - Morgan le Fey's world.

But the fairy queen finds herself cemented within humanity and struggling with human emotions, and her right-hand-man, Lucifer, has secrets which are causing fissions among every race.

Meanwhile, Karl and Elena struggle with their powers, Katarra delivers an important message, and two men will stop at nothing to protect their unborn child - the Messiah of the New Age - and the woman they love.

Far to the east, the fallen Archangel Michael is fighting for the one he holds above all others.

The last Dragon is about to rise and seal everyone's future, which depends solely on its survival ... or its extinction.

NOTES: The Witching Pen series is comprised of a paranormal romance trilogy (books 1-3) and an urban fantasy novel, The Last Dragon. It is HIGHLY recommended that you read the trilogy first, so that you are not lost with this story. Contains explicit scenes of sex and some violence. Written in British English. (Full novel-length at approx. 90,000 words.)

7) Congratulations on your recent release of The Last Dragon, what was your inspiration for writing this story?

Well, this is the final instalment of a four-part series, which is made up The Witching Pen trilogy (books 1-3, paranormal romance) and The Last Dragon, which is book 4 and an urban fantasy. My inspiration for writing the series is made up of an awful lot of things, but I suppose I wanted to write something that brought both light and dark together, and had a theme of “unity” running through it. It's sort of hard to explain – so many parts of me when into making the series.

Most of the story flowed. Of course, there are always scenes that are harder to write. The hardest character in the series to write was probably Gwain – he was hard to pin down, particularly in book three, The Demon Bride. And all of The Last Dragon was difficult to write, not least because of the direction that some of the characters went in, but it was necessary to tell the story.

The series as a whole, I began writing on 6th May, 2011 with book one, The Witching Pen, and the series finished with the publication of The Last Dragon on 4th October, 2013. Two years and five months. It's been quite a journey :)

From The Last Dragon:

“One thing I’ve learnt about humans: you can’t judge their strength by the size of their actions, but by the devotion of an act, no matter how small.”

11) Over to you, what can you tell us about The Witching Pen series and The Last Dragon, to make us rush out and buy it?

In a nutshell: Witches, angels, demons, Heaven and Hell all come together in a dizzying story of friendship, love and forgiveness. Oh, and book one is FREE :)

I'm working on Heart Of The Wolf, book three of the Eye Of The Storm series – all about lusty British werewolves :D

Both. I plot the pivotal moments, and then leave it chance as to how I'll get there.

Famous Five! No contest. I wanted to be George, and we named out family pet (a Springer Spaniel) Timmy at my absolute insistence.

I still like print best – there's nothing quite like physically holding a book you love, with the cover and everything.

Oooo, that's a hard one. I think Facebook wins, but not by much.

Thank you so much for taking part, Dianna, I wish you every success with your new release.

Thank you! This was fun!

To discover even more about Dianna Hardy, and to keep up with her latest projects, you can visit her at:

Releasing The Wolf (book one of the Eye Of The Storm series) - http://www.diannahardy.com/releasing-the-wolf.html