I am taking a moment out from my Aurelia tour shenanigans to host my regular 20Twenty feature, so pull up and chair and make yourself comfortable. Today, I am delighted to welcome Jennifer onto my blog today, author of Love and Lies, which was released September 3rd.

Let's get straight down to business ;-) 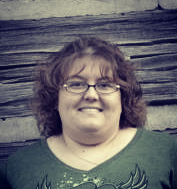 Born and raised in Texas, Jennifer is a transplant to Missouri long enough ago she should probably consider that her hometown. But she will forever be a Texan. She loves to write any story that will make a reader smile, laugh, and maybe even cry (although you won’t ever hear her admit that she cries). Whether the next story she writes is contemporary, urban fantasy, LGBT, or whatever other crazy idea she comes up with, there will always be love and romance in the midst of trials and turmoil.

When she’s not writing you can find her on Twitter, with her family, or buried in a book trying to escape reality for just a minute.

I’ve always been a writer, but had a break between oh about twelve years old until thirty years old. At thirty I kind of fell into it, so I guess a combination of both.

Does complete randomness count as a ritual? Nah. Didn’t think so. I write when I have time and when I can get in the right frame of mind.

There are authors that I admire, but I don’t know that any of them have influenced my writing. Through their books I’ve seen what works and used that in my own writing to some extent.

Have patience and take your time. It is the hardest thing to do as a writer, but it’s the best way to be successful. No matter what route you take when it comes to publishing, there is plenty of waiting time. So yeah, be patient.

I love pickles, Nascar, and always sit on the right side of an airplane.

There are really only two…my kindle and cell phone. I’m pretty low-maintenance when it comes to gadgets and the like. 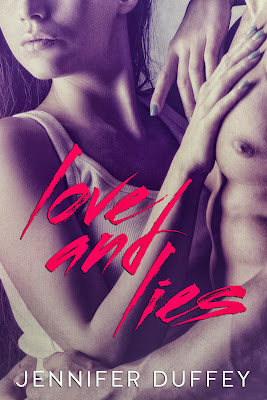 Nineteen-year-old Carissa Stein has spent her life under the shadow of bodyguards and parents who never really cared about her, but leaving New York to attend art school near New Orleans is her way out.

She’s thrilled to be free and ready to explore love, drawing, and life without a constant watchdog. When Eric Byrne, new guy extraordinaire, shows up on the first day of classes everything starts to change. There’s something more than his stunning eyes and gorgeous body that pulls her in. Carissa would rather be single than deal with the complications of a relationship, especially with a determined guy like Eric. But he fights passed her walls and makes it hard to stay away. Carissa wants to be with Eric – but she wants her freedom too and Eric isn’t willing to let her go.

When Eric reciprocates and lets his own guard down Carissa finally learns the truth about why he chose to attend Beaux-Artiste University. She should have known better than to ignore her gut instinct. Turns out Eric’s got more of a connection to her than she realized. If Eric can’t convince her to give him another chance then his lies may just cause love to slip through their fingers.

7) Congratulations on your recent release of Love and Lies, what was your inspiration for writing Carissa’s story?

This story actually started as 4 points of view, one for each of her friends. The further into that dreadful first draft, the more her story came to the forefront. She yelled the loudest, so after a few starts and stops, revises and rewrites, Carissa ended up telling her story.

Let’s just say it flowed from my fingertips a few times. Haha. Love and Lies has been a true test of determination.

It took me about six months to get the initial spark of the story on the page. It’s taken me three years to get it out to everyone.

“Oh, yes you are. Tonight is all about you, princess.”

11) Over to you, what can you tell us about Love and Lies, to make us rush out and buy it?

I’ve been told this story is similar to the movie First Daughter starring Katie Holmes. There’s laughter, a little suspense, secrets, and sexy. I like to think these characters are laid back for the most part, not a lot angst going on at Beaux-Artiste University. J

Right now I’m working on a short story for an upcoming anthology. After that I will start on the next book in this series—for now it’s the Love and Lies series—which will feature Logan and Mari. I’m really excited to write Logan’s story. He’s a musician who wants to follow his dreams, but every time he gets the chance something else stops him in his tracks.

Plantser. Can’t plot like some people, but need a little guidance.

Ummm I had to Google them. So I know about them now. And I still don’t have an answer. Sorry L

Both! Love to switch it up.

Save so I can later spend.

Thank you so much for taking part, Jennifer, I wish you every success with your new release.

To discover even more about Jennifer Duffey, and to keep up with her latest projects, you can visit her at:

I'd just opened the bag of chips when he reached around me to take it. I smacked his hand. “Oh, no you don't. These are mine.”

“Crazy, little girl. Those are mine. You got them out of my kitchen.”

“Oh, I didn't tell you already? What's yours is mine, and what's mine is mine. So, these...” I shoved some Cheetos in my mouth. “Are mine,” I said around a mouth full of chips and wiggled my cheesy fingers in his face before licking them one by one, slowly savoring the flavor.

With one hand, Eric grabbed the hand I clutched the bag with, while his other went to my waist, brushing against a slice of exposed skin. I squirmed and coughed, choking on the chips still in my mouth. He pulled back long enough for me to swallow and catch my breath. When he moved off the couch, he took the bag with him.

When I no longer had him for support, I fell to the side. Eric stood next to the couch stuffing a handful of Cheetos in his mouth. He shoved so many in, his cheeks puffed out like a squirrel hoarding nuts.

With my elbow on the arm of the couch and my head propped in my hand, I watched Eric stand in front of me with a mouthful of Cheetos, one hand on his hip, the other out toward me, palm up. He crooked a finger in my direction and motioned me over. I lay back on the couch looking at the ceiling.

Eric looked defeated. His shoulders slumped, his head hung low. I grinned at him. Like a snake, I slid off the couch and eased onto the table in front it before jumping toward him. He was faster than I expected, because he caught me in midair. I wrapped my legs around his waist and pulled the bag from between us. He held me up, his arms around my waist, hands cupping my butt.